In nature, we find patterns, designs, and structures, from the tiniest particles to the vast cosmos.

What is natural or sacred geometry

Sacred geometry is the perfect shapes and patterns that form the fundamental templates for life in the universe. Every natural pattern of growth or movement is said to be traced back to one or more geometric shapes.

In the old days, neither algebra nor trigonometry were known. Not even decimals were known. Geometry allowed civil works to be traced, it was the only resource available.

Circle, square, rectangle and triangle are elementary geometric shapes. They have traditionally been considered sacred shapes. Master builders used them as early as 7,000 years ago to place architectural elements and to build walls, vaults or structures.

Traditionally, the circle is considered to resemble God and to express wholeness. Instead, the square is earthly, human. Sacred architecture thus reflects the structure of the cosmos.

The common element in all civilisations has been the observation of the sun.

If we draw lines in the direction of sunrise and sunset during the winter and summer solstice, we obtain the solstitial rectangle. 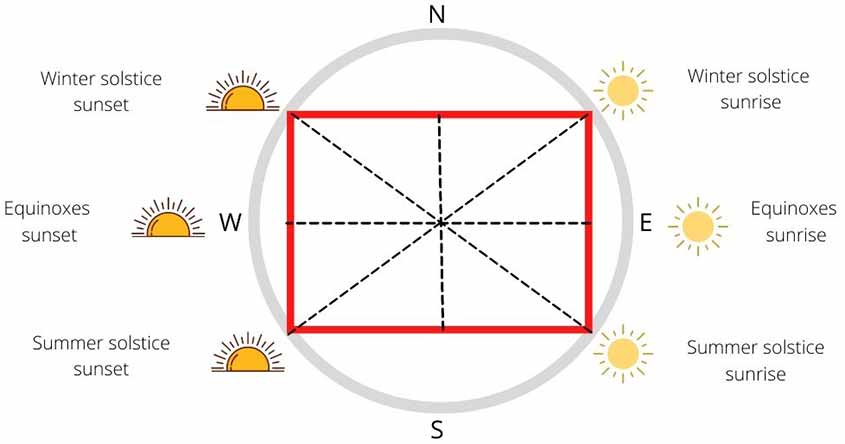 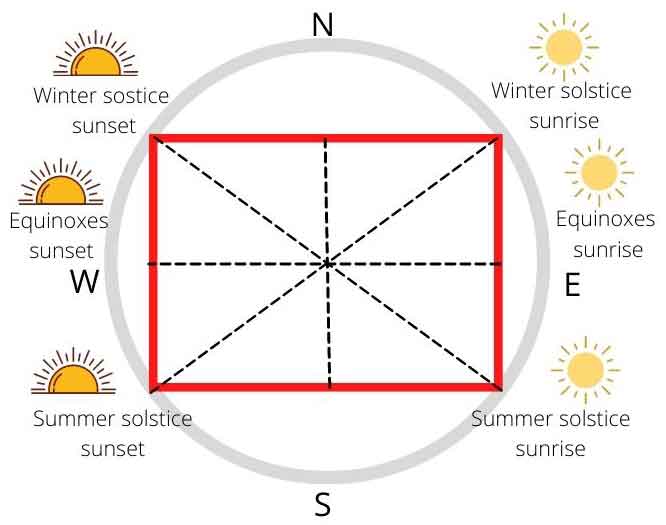 This layout is related to the latitude of the place and is found in all civilisations. In Barcelona, we can see it in the floor of the Sagrada Familia.

It is a layout whose intention is to unite the energies of the Earth and the energies of the Cosmos. Ancient civilisations perceived that this geometry allowed the energy of the place to be balanced, making it favourable for life and personal evolution. This peculiar characteristic is the reason why the solstitial triangle is used to harmonise spaces with geopathic stress.

Nowadays, usually in houses that follow the principles of bio-construction, we can enjoy buildings that are recovering the sacred geometry.

Considered the divine proportion, it is found both in some geometric layouts and in nature: the shell of a snail, flowers, leaf veins…

It represents a way to harmoniously divide a square. It is represented by the Greek letter φ (phi) = 1.618… It is found in all proportions, as well as the relationships of perimeters and surfaces.

This regulating layout is so perfect (or sacred) that it is found in distant, unrelated cultures: Rome, pre-Columbian America or Japan. A famous example is “The Castle” at Chichén Itza.

The mandala is a spiritual symbol in Buddhism and Hinduism. The term mandala comes from Sanskrit, an ancient Indian language, and means “circle”. The circle is considered a magical shape, with no beginning and no end, just as the universe is believed to have no end.

In their most basic form, mandalas are circles contained within a square and arranged in sections that are organised around a single central point.

Although extraordinary as a stand-alone work of art, mandalas have a symbolic and meditative meaning that goes beyond their vibrant appearance. 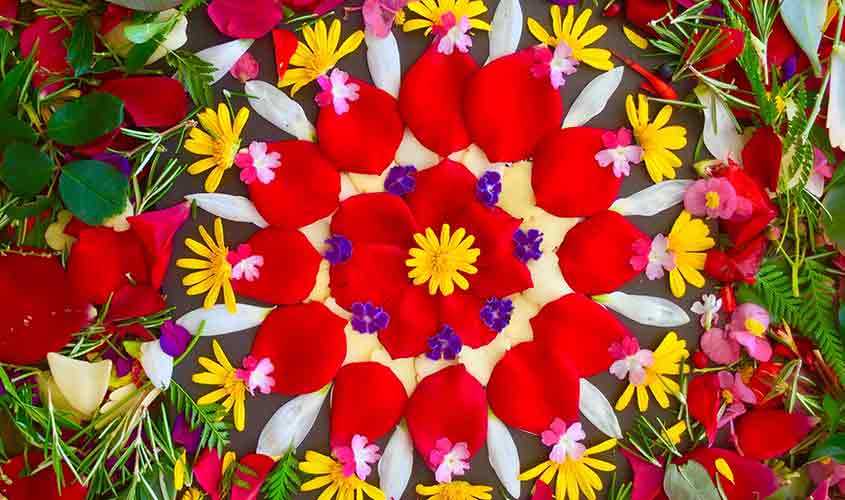 The centre is a point, which is a symbol considered dimension-free. It is interpreted as the starting point, the beginning of contemplation and devotion to the divine. From there, the dot is surrounded by lines and geometric patterns that symbolise the universe, encompassed by the outer circle that represents the cyclical nature of life.

Mandalas are believed to represent different aspects of the universe and are used as meditation tools and prayer symbols, especially in China, Japan and Tibet.

The flower of life

The Flower of Life, one of the world’s oldest symbols, is said to represent the divine and mathematical order of life.

It consists of 19 overlapping circles of equal size interconnected and evenly spaced (with a symmetry of six folds like a hexagon). It resembles a set of equally proportioned flowers.

The composition is not only beautiful, but has deep symbolic meanings for our existence, life on Earth and the formation of the Universe. 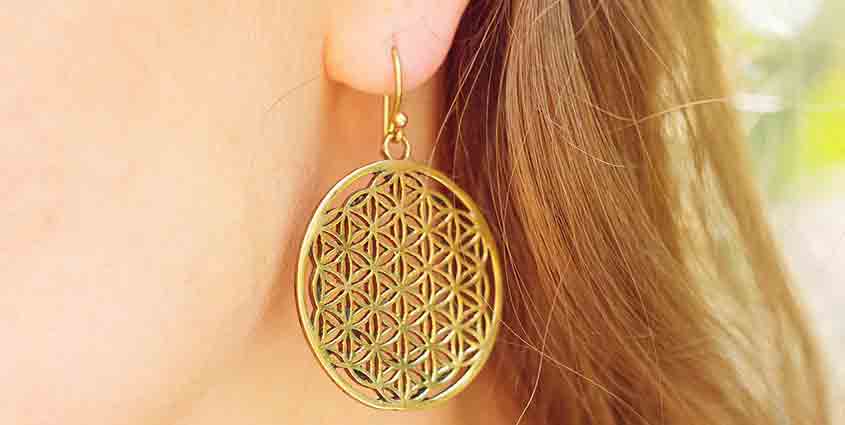 Leonardo da Vinci was particularly interested in the shape and mathematical proportions of the Flower of Life and its connection to physical space and human consciousness.

Historians believe that da Vinci’s famous drawing of the Vitruvian Man was composed, at least in part, based on the Flower of Life symbol.

The symbol has been found in the Temple of Osiris at Abydos (Egypt), in the Forbidden City in Beijing (China) and in many other sacred sites around the world. 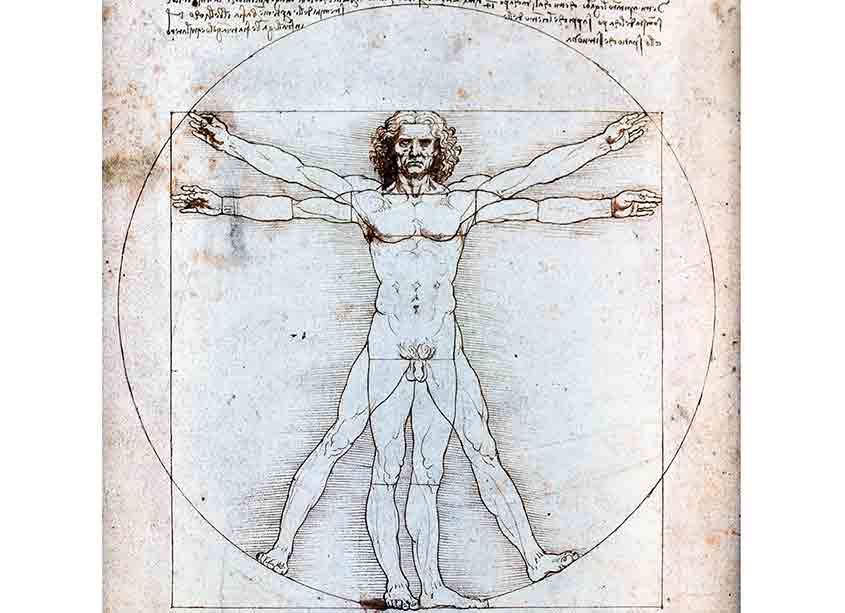 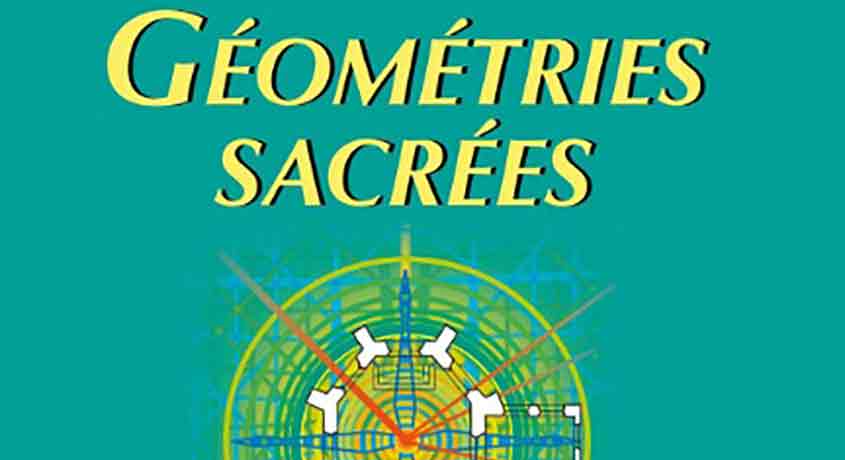 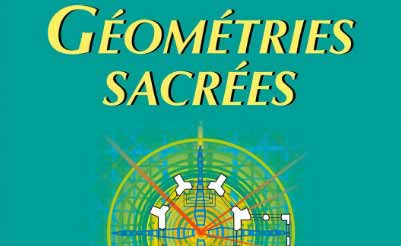